Trump asks America a question:  “How has the ‘system’ been working out for you and your family? No wonder voters demand change.”


The following is a letter Mr. Trump released Thursday.
By DONALD J. TRUMP
April 14, 2016 7:18 p.m. ET
On Saturday, April 9, Colorado had an “election” without voters. Delegates were chosen on behalf of a presidential nominee, yet the people of Colorado were not able to cast their ballots to say which nominee they preferred.
A planned vote had been canceled. And one million Republicans in Colorado were sidelined.
In recent days, something all too predictable has happened: Politicians furiously defended the system. “These are the rules,” we were told over and over again. If the “rules” can be used to block Coloradans from voting on whether they want better trade deals, or stronger borders, or an end to special-interest vote-buying in Congress—well, that’s just the system and we should embrace it.

The political insiders have had their way for a long time. Let 2016 be remembered as the year the American people finally got theirs.

Let me ask America a question: How has the “system” been working out for you and your family?
I, for one, am not interested in defending a system that for decades has served the interest of political parties at the expense of the people. Members of the club—the consultants, the pollsters, the politicians, the pundits and the special interests—grow rich and powerful while the American people grow poorer and more isolated.
No one forced anyone to cancel the vote in Colorado. Political insiders made a choice to cancel it. And it was the wrong choice.
Responsible leaders should be shocked by the idea that party officials can simply cancel elections in America if they don’t like what the voters may decide.
The only antidote to decades of ruinous rule by a small handful of elites is a bold infusion of popular will. On every major issue affecting this country, the people are right and the governing elite are wrong. The elites are wrong on taxes, on the size of government, on trade, on immigration, on foreign policy.
Why should we trust the people who have made every wrong decision to substitute their will for America’s will in this presidential election?
Here, I part ways with Sen. Ted Cruz.
Mr. Cruz has toured the country bragging about his voterless victory in Colorado. For a man who styles himself as a warrior against the establishment (you wouldn’t know it from his list of donors and endorsers), you’d think he would be demanding a vote for Coloradans. Instead, Mr. Cruz is celebrating their disenfranchisement.
Likewise, Mr. Cruz loudly boasts every time party insiders disenfranchise voters in a congressional district by appointing delegates who will vote the opposite of the expressed will of the people who live in that district.
That’s because Mr. Cruz has no democratic path to the nomination. He has been mathematically eliminated by the voters.
While I am self-funding, Mr. Cruz rakes in millions from special interests. Yet despite his financial advantage, Mr. Cruz has won only three primaries outside his home state and trails me by two million votes—a gap that will soon explode even wider. Mr. Cruz loses when people actually get to cast ballots. Voter disenfranchisement is not merely part of the Cruz strategy—it is the Cruz strategy.
The great irony of this campaign is that the “Washington cartel” that Mr. Cruz rails against is the very group he is relying upon in his voter-nullification scheme.
My campaign strategy is to win with the voters. Ted Cruz’s campaign strategy is to win despite them.
What we are seeing now is not a proper use of the rules, but a flagrant abuse of the rules. Delegates are supposed to reflect the decisions of voters, but the system is being rigged by party operatives with “double-agent” delegates who reject the decision of voters.
The American people can have no faith in such a system. It must be reformed.
Just as I have said that I will reform our unfair trade, immigration and economic policies that have also been rigged against Americans, so too will I work closely with the chairman of the Republican National Committee and top GOP officials to reform our election policies. Together, we will restore the faith—and the franchise—of the American people.
We must leave no doubt that voters, not donors, choose the nominee.
How have we gotten to the point where politicians defend a rigged delegate-selection process with more passion than they have ever defended America’s borders?
Perhaps it is because politicians care more about securing their private club than about securing their country.
My campaign will, of course, battle for every last delegate. We will work within the system that exists now, while fighting to have it reformed in the future. But we will do it the right way. My campaign will seek maximum transparency, maximum representation and maximum voter participation.
We will run a campaign based on empowering voters, not sidelining them.
Let us take inspiration from patriotic Colorado citizens who have banded together in protest. Let us make Colorado a rallying cry on behalf of all the forgotten people whose desperate pleas have for decades fallen on the deaf ears and closed eyes of our rulers in Washington, D.C.
The political insiders have had their way for a long time. Let 2016 be remembered as the year the American people finally got theirs.
Mr. Trump is a candidate for the Republican presidential nomination.
Shared from the Wall Street Journal.
Tomado de:
http://dennismichaellynch.com/highlight-one/personal-letter-from-donald-trump-to-american-people/ 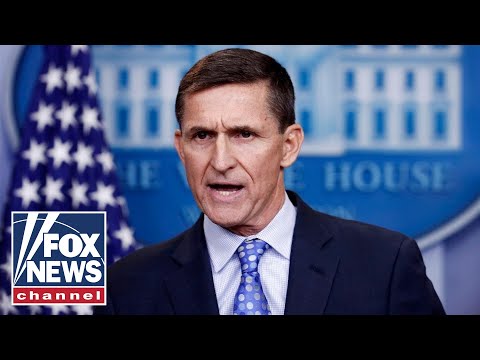